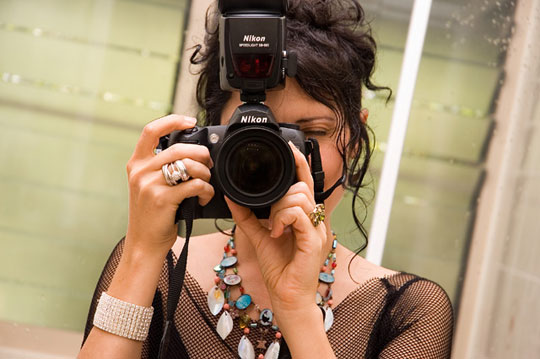 I am interested in contemporary human society: how we organise ourselves, our impact on other species, and potential futures. Media, technology, pop-culture, politics and the environment have emerged as recurrent themes in my work, because I’m fascinated by the complex relationships between these phenomenon and their impact on individual perspectives and social norms.

Before studying art, I practiced law, worked as a political advisor and taught jurisprudence (influential philosophies that have influenced law). This experience sparked my interest in the ‘glue’ that holds society together — the precarious and interconnected balance between protecting individual human rights and maintaining civil society. However, I became interested in art’s ability to more directly (and perhaps more rapidly, effectively and positively) affect cultural norms and emerging agents that influence change.

So my work is not about one specific thing or issue. It’s about a collision of phenomena that together give rise to the world we live in today, or the possible future we create though our current actions, collective imagination and culture.

This interest in ‘joining the dots’ — between what we do, where we are now and where we might end up — has led to extensive use of narrative, character construction and audience interaction in my work. I’m incredibly inspired by sci-fi and any other form of speculative fiction, and approach art as a form of story-telling. Over the past 25 years I’ve used broad range of media to create visual narratives, including sculpture, installation, interactive electronic art, text, photo-media, digital illustration and painting. I also move fluidly between different aesthetics to construct a visual language with the power to explore questions arising from each unique combination of factors..

Since 2009, we’ve explored human relationships with other species through sculptural works in the form of speculative, hybrid plants or animals. We make these creatures using post-consumer waste and give them the ability to perform basic robotic movement and interaction to create a sense of autonomy and intelligence in each creature. As we slowly build this meagre of organism, we aim to inspire audiences to create a stories in their own minds about each creatures origin and abilities. Our personal thought in making each one is that these creatures assemble themselves from the waste (technical waste, superseded code etc) that humans leave behind.

From 2001 to around 2010, I blended toys, movie tropes, the illustrative style of mid-century comics, and narratives from main-stream, infotainment news-media to create Making the Empire Cross: a large-scale series pf lenticular images that animated back and forth between two different still images, as people walked by. This series critiqued the polarising influence infotainment by literally requiring the audience to look from a number of different perspectives to see the whole picture. It also used toys and images saturating the market at that time, to highlight the role that popular culture and good vs. evil conventions of story-telling play in reinforcing dominant political narratives.

In 2007, an image from this series entitled Bearded Orientals was the subject of international debate following news coverage of its selection as a finalist in the Blake Prize for Religious Art. The work’s seamless transition between images of Jesus and Osama bin Laden was derided by an article in the Daily Telegraph (Sydney 31 August 2007) as an attack upon Christian values. A number of Christian and academic articles noted the caution implied by the work in it’s critique of media portraying Bin Laden as a ‘spiritual leader’ (insert references), However, unedited copies of this article were syndicated by newspapers around the world, effectively demonstrating the work’s argument about the inherent power of media to maintain control of the narrative in public debate.

This experience was both fascinating and terrifying, intensifying my interest in the influence of media on human decision making.

From 2003 to 2000 (ish) I explored fake news in the context of magazines and celebrity gossip in The Gossip Series. This work created faux gossip articles about the toys from Making the Empire Cross. The trashy aesthetic of cheap magazines was used for these articles to present each toy as a celebrity with a news-worthy personal narrative.

I began revisiting this theme in 2016 to explore this issue in the context of digital media as an PhD exploring the impact of digital media on democratic processes following the misuse of personal data in digital election campaigns, fake news and foreign interference through misleading advertising on social media and recommendation algorithms designed to promote extreme and emotive content that often artificially elevates the status of unverified information and minority views.

This artistic research takes the form of a visual narrative entitled Up In Lights. This work explores issues around post-truth, staged authenticity, and algorithmic influence on individual identity and political decision-making. The increasingly blurred boundaries between real and fake are central to this work which is still in development.

Further information and images from my studio as I work on this project may be seen on my instagram account:
https://www.instagram.com/priscilla_bracks/